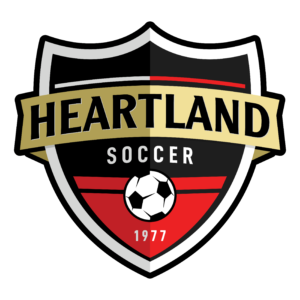 Olathe, KS – Heartland Soccer is proud to present the Inaugural Heartland Open Cup. This tournament will be played August 7-9, the weekend before the start of the Fall Season. This tournament will provide teams with the ideal opportunity to prepare for the start of their league games with a weekend of competitive games played on the world class turf fields at the GARMIN Olathe Soccer Complex in Olathe, Kansas.

The Heartland Open Cup is open to U8-U18 Girls and Boys teams and will feature multiple levels of play ensuring that every team finds itself matched against similar competition.

“The Heartland Open Cup is the newest offering in our tournament series. It’s great event to get games in before the start of the fall soccer season,” explained Shane Hackett, Heartland Soccer Association Executive Director.  “It’s an opportunity to experience the world class Shaw Turf fields at the new GARMIN Olathe Soccer Complex.”

The first set of games will start at 5:00PM on Friday. Saturday and Sunday games will begin at approximately 8:00AM with the award ceremonies set for Sunday early evening.

Executive Director, Shane Hackett, will be available for pre-event and on-site for interviews. Please contact Sara Prigel ([email protected] or (913)707-0968) if you would like to set up an interview.

Heartland Soccer will begin league play will begin the weekend of August 14, 2020.

The next tournament for Heartland will be the 2020 Fall Kick Off Challenge sponsored by First Watch which is expected to bring in more than 250 teams. The tournament is set for August 21-23rd  at the Scheels Overland Park Soccer Complex and new GARMIN Olathe Soccer Complex. The registration deadline for this tournament is July 27th.

Heartland Soccer Association is the largest youth soccer league in the country with more than 1,500 league teams per season, 21,000 league youth players, 2,600 tournament teams each year, 44,000 tournament players each year, 4,000 coaches and 2,000 active referees. Heartland Soccer Association was formed in 1977 and has grown from an initial 600 players to serving teams from 16 states and internationally with league and tournaments. For more information, visit heartlandsoccer.net.